Get a quote now

In some states, you are required not only to carry basic liability insurance but uninsured motorist insurance, as well. This is not so in Georgia, however. And thankfully, we rank on the lower side of average as far as uninsured motorist rates go, at just 12%.

However, that number is about to spike.

Many insurance companies are offering deferred payment options to help people get through the financial crunch. This is an excellent idea in theory, but when those deferred payments start to stack up, many drivers will find that they can’t afford to pay several months of premiums all at once, and drop their insurance coverage but keep driving.

This means that while the risk of being in an accident with an uninsured motorist is relatively slim right now, it won’t be for much longer.

Insurance is all about covering yourself against likely hazards. While Georgia has enjoyed a relatively low uninsured motorist rate so far, that won’t be the case for too much longer. This is happening all across the country, of course. Where the national average has generally been around 15% uninsured, the number could jump by half or even double. There’s no telling precisely how high that number will spike, but we’re not going to stay at 12% for very much longer.

If you’re ready to get the protection that you need in Atlanta, GA, get in touch with us at Rob Hill Insurance Group. Whether you want to call, email, or stop by Rob Hill insurance Group, we can set you up with a policy that protects you out on the highways and streets of Atlanta, GA. 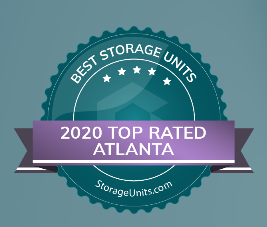 WHY WORK WITH US?